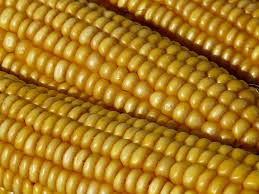 The companies that make genetically modified seeds claim they have been proven safe by research. Proponents of GMO food labeling say research studies raise concerns. Who is right?

The first thing to understand is that scientific studies don’t ever prove anything. You may remember this from high school science: when designing a study, you put forth a hypothesis, and design an experiment that will support or not support your hypothesis. That’s all. Over time, we come to suspect that the hypotheses that have been supported repeatedly are likely to be correct, while those that don’t seem to get much support are likely incorrect.

So when Monsanto fed its GM corn or soy to rats for 90 days and showed no change in weight, appearance of organs, and behavior, it could say that research results were consistent with safety. It could not say that the foods were proven safe. That would be wishful thinking and just unscientific.

When scientists reanalyzed Monsanto study results, they found changes in kidney and liver function, which are different end points, but no less important than the above. This clearly raises concerns about harm. This analysis was consistent with the hypothesis that the GM seeds are harmful. Again, this is not proof of harm, however, because scientific studies don’t prove things.

It would be most useful to take several hundred people and control their diet for a couple of decades. We might then get results that will provide very powerful support concerning safety or danger associated with GM foods. But you can see that this experiment will not occur.

I believe science will not give us the answer here, but common sense can.

Simply put, food is more than just calories. We know that people with low levels of vitamins and minerals get more diseases. We understand how these nutrients underpin basic body biochemistry, and how biochemistry is linked to DNA repair, or to immunological or neurological functioning. So the task at hand is to get enough nutrients.

Given that many diseases related to nutrient deficiencies are on the rise – Type 1 diabetes, Crohn’s and ulcerative colitis, asthma, food allergies, ADHD and autism – the task is actually to get as many nutrients as possible.

These diseases are also related to toxins, so the goal would be to also avoid toxic substances. Just in case.

Three major food crops are genetically engineered: soy, canola and corn. These are mostly fed to factory-farmed animals (cattle, pigs, chickens) or turned into processed products such as high fructose corn syrup and a variety of food additives. Our government subsidizes these three crops heavily. Thus foods derived from them represent inexpensive calories.

Where are the nutrients, though? As Michael Pollan would say, they are in “real” food, mostly plants. Wild-caught salmon is the only salmon with a beneficial omega fatty acid profile, so GM salmon favors disease. Corn and soybean oils are terribly unhealthy due to their omega-6 fatty acid content, and most canola oil is full of the pesticide glyphosate (definitely not harmless, as more and more recent research is indicating).  Animals raised on feed made from GM crops are “factory-farmed” and we know that means that they also have very high omega-6 ratios, to a level never seen in wild animals. Omega-6 fats cause inflammation, the source of so many illnesses, from autoimmune to cardiovascular.

Thus, foods derived from GM crops, be they corn chips, sweetened beverages, or factory-raised animals, are less protective of your health than “real” food. I don’t even care to compare them to non-GMO corn chips and organic soda—your real choices are much broader than this (thankfully!).

Common sense sometimes will keep you safer than “science”.
Myrto Angela Ashe MD, MPH practices functional medicine in San Rafael, CA. She offers a 6-month health transformation program for adults who are motivated to maximize their health in order to live a long and fully enjoyable life. She also sees kids and anyone trying to avoid medication, stop medication, reverse chronic illness, or optimize well-being.