We have heard the reports that attention-deficit disorder, or ADHD is on the rise, and that many children (and adults) are being medicated. Is this unavoidable? Is this desirable?

Due to recent discoveries, I have become suspicious of most common medications.  For example, if you have high cholesterol, you may be started on a statin to lower your risk for heart attacks. Unfortunately, statins raise the risk for diabetes. But then if you have diabetes, you may be started on a diabetes drug, such as Avandia, now suspected of causing cardiac deaths. So back to square one. Maybe it would be better to make sure that cholesterol is really harmful. I’m afraid medicine just isn’t making much sense these days.

How else then can we address serious issues such as ADHD?

ADHD (and autism, and autism spectrum disorders) represents the end result of a variety of possible impacts on the child's development. These disorders involve inflammation (immune system overactivation), which means that the immune system has something to do with it. They also involve genetics, as revealed by studies of family members and twins. They very much involve the environment, and are more common in populations exposed to certain pesticides, and to BPA (bisphenol-A, the plastic in receipts and the linings in cans).

So, treatments that reverse ADHD have involved a variety of approaches. Each treatment may be weak on its own, but quite significant in combination with other treatments. Here's a long list, along with a little comment as to how they fit into the whole picture.

Diet plays a huge role. Some chemicals, such as artificial coloring, cause hyperactivity in "normal" children, and certainly make children with ADHD worse. Elimination diets improve symptoms in a large majority of the kids who can actually stay on the diet (and a majority of kids do stay on the diet). Beliefs on various diets have come and gone. In a study published in 2011, where the kids were fed basically lettuce, turkey, pears and rice, 80% of the children lost their ADHD symptoms. That’s a powerful approach, but what to do in the long term is the problem.

If ADHD involves significant inflammation, then it stands to reason that interventions that reduce inflammation would also reduce symptoms. Typically, there are 7 major steps to reducing inflammation:

The first is a return to a caveman (anti-inflammatory) diet: nuts, berries, fruits, vegetables, seeds and lean sources of protein. The fish should be wild-caught and the animal protein should come from grass-fed, free-ranging animals. The chickens ideally should eat an organic diet and ideally should be raised on pasture where they can find bugs to eat. Lean meats are better because pesticides accumulate even in organic animals, given their presence in the air we breathe.

Some researchers have seen success with medium doses of two amino acid precursors: 5-HTP and tyrosine. A majority of children begin to do better just days after starting on these supplements. Some of the children who don't respond at first, do finally respond when the doses of supplements are adjusted according to results of urine tests for amino acids.

There are more herbs and substances with research-proven efficacy. Of course, we don’t know the long-term side effects of any of these approaches. However, given the unpalatable set of choices, whatever is closer to being “natural” and actually has a biochemical mechanism that makes sense is worth looking into.
Myrto Angela Ashe MD, MPH practices functional medicine in San Rafael, CA. She offers a 6-month health transformation program for adults who are motivated to maximize their health in order to live a long and fully enjoyable life. She also sees kids and anyone trying to avoid medication, stop medication, reverse chronic illness, or optimize well-being. 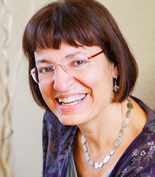